UnrealED is the main application to create custom content for Republic Commando. If you have the retail version of this game, you need to install the Official_Republic_Commando_Patch_1.0, steam users don't need to do anything.

The executable is located here:

On Startup, it should look like the image below: 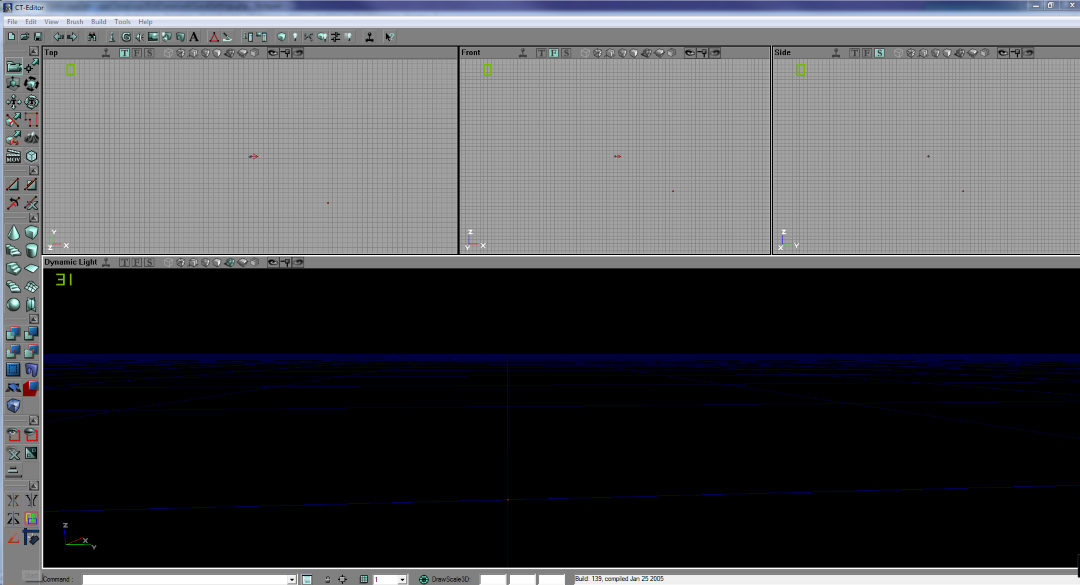 If the UnrealED opens sucessfuly but you have four blank white windows, there is an easy way to fix that.

On top bar, go to View -> Viewports -> Configure and select a new Viewport.

Blank white windows should be gone.

If the UnrealED crashes on startup, turn bump mapping to low by starting the game and changing it in options menu.

Also always use a "clean" version of Republic Commando for UnrealED aslong you know what you are doing.

If the UnrealED still crashes on startup, take a look at UnrealED.log file, maybe you'll find the issue there.

Scrolling down in the Texture browser will crash UnrealED immediatly. Instead select a package and watch directly in there, still some packages crashes the editor on load. This behavior is caused by faulty bumpmaps that don’t work properly on newer systems. The Graphics Fix deals with this problem .

Rewriting and recompiling the default classes of this game is not possible due to developers oversight with code errors.

The "Play Map" feature in the editor only minimizes it but does nothing. However, there is a simple fix: You have to create a new file in the System folder called "default.ini" with the following content:

Too many events in scripted trigger will fail to load map ingame.

Placing a FluidSurfaceInfo instantly crashes the editor. A workaround is copying and pasting one from DM_Detention.ctm, or simply using this fixed version of Engine.dll: Media:Engine.zip

Holding right mouse button will rotate the camera on place.

Holding both mouse buttons will move the camera up or down.

Those controls also apply to the 2D Viewports.

Pressing I will display information at every light actor's place.

Pressing B toggles the brush tool.

How to start mapping

Check out the index: Beginner